I am the Course Director at St George's College in Jerusalem (since October 2013).  I administer, lead and teach 10 to 14 day courses on the Holy Land for lay and clergy, seminarians and bishops. Our courses include Palestine of Jesus (a Christian introduction to the Holy Land), Sharing Perspectives: Muslims and Christians in the Holy Land, Risen with Christ (Holy Week in the Orthodox Tradition), Ways in the Wilderness and Children of Abraham. For more information on the college, visit our college website. 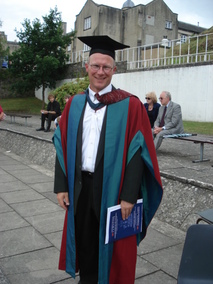 Research Interests: I am a Jerusalem scholar interested in Christian pilgrimage to the Holy City. I am interested in pilgrim practices and spirituality, past and present, and the sacred topography of holy places. I also have a background in Celtic Christianity, Native American studies and topics of race and culture (19th century to present).

Books: The Christian Topography of Early Islamic Jerusalem: The Evidence of Willibald of Eichstätt (700-787 CE) (Turnhout, 2009). See review by Jerome Murphy O'Connor in Revue Biblique 117 (2010), 633-34.
For more on my academic background, including a full listing of publications and papers, see scholar page.

Culture Quarks: Cultural Nuances in a Global Universe is a blog discussing topics of race and culture. Culture Quarks provides a forum for understanding and celebrating cultural diversity, for exposing inequities between cultures and for developing new paradigms in intercultural dialogue. 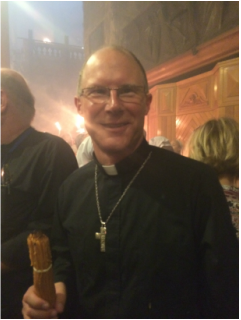 Holy Fire Ceremony, Jerusalem, 2014
Credentials:  I am an ordained elder in the New Mexico Annual Conference of The United Methodist Church. I am currently appointed to the position of Course Director for St George's College, Jerusalem. 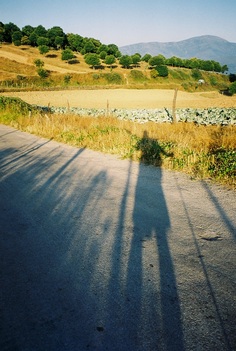 Self Portrait: Along the Camino de Santiago (1999)
Whether it's been the peripatetic life that I have lived since moving my senior year of high school or academic studies that have caught my intellectual imagination, or a spiritual affinity to the concepts of time, space and journey, pilgrimage has become my vocation and my hobby, a central theme in both my professional and personal lives. I have participated in pilgrimage, including an around-the-world journey in 1996-97 and 800 miles of the Camino de Santiago in Spain (1999, 2001). I have pursued academic studies on the subject, attaining a MA in Celtic Christianity and a PhD in theology, with a research focus on Christian pilgrimage to Jerusalem before the Crusades. I embrace the ideas of pilgrimage and its counterpart, hospitality, in my professional ministry.

Pilgrimage has many themes and many definitions: it's the calling of Abraham to live outside one's country (Genesis 12), it's physical travel to a place of significance, it's a metaphor for life's journey -- and many other things as well. For many (myself included), pilgrimage is a choice, often a priviledged one -- a trip to the Holy Land, a spiritual retreat or a walk through the Labyrinth. These experiences are invaluable.

For many others, the immigrants and refugees of this world, pilgrimage is anything but a choice and comes at a high and unwelcomed price (see Culture Quarks). A fellow pilgrim, Sister Giovanna of Assisi, who walked the streets of Italy for years, once told me: 'By being pilgrim, my heart learns to hear the cries of those who have no choice but to be pilgrims'. For more on my pilgrimage experiences, see pilgrim page. 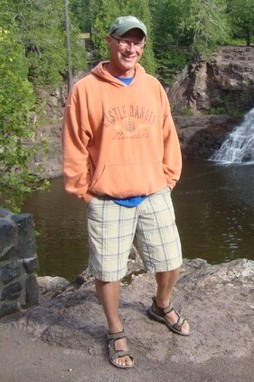 Special activities and opportunities includes:  our one-of-a-kind snow tumbler museum, an ever-popular coin hunt, random acts of kindness (aka, pranks), a polar bear swim and sauna club, sunrise painting, pontoon lunches, campfires and s'mores, skit night, county fair & bingo night, late night mellow time in the lodge. More subdued activities include hanging out in the amazing tree house, taking a nap in one of camp's many hammocks, listening to the loons and star gazing on the dock.  The Northern Lights are never too far away!

It's the old friends that I've made and the new ones that I make that keeps me coming back year after year.
As we say, camp friends are best! 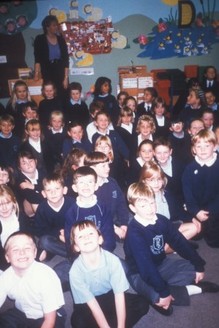 Sharing Stories with Scottish Schoolchildren
I have been telling stories now for some twenty years to churches, schools, retirements homes and camps, to friends and family, to kids the world over.

Telling stories has been really easy because . . . one, I had an amazing dog named Ginger whose many adventures I tell in my collection, The Many Adventures of Ginger the Amazing Dog. And, two, we had a family station wagon growing up, which has become the center piece of Station Wagon Stories, including stories of getting lost in a large department store with my annoying younger sister, the time I was in charge of getting the Sunday School Christmas tree (titled: An Odor Pleasing to God), the time the station wagon broke down in Humansville, Missouri on the way to Arkansas and other childhood stuff told exactly as I remember it.

I also have a rich collection of stories from my global travels. And a number of traditional favorities -- The Storytelling Rock, The Golden Gorilla as well as some Jack stories. I particularly like telling stories during campfires at family camp and to church and school groups.

Organizations: I am an associate member of The Iona Community, a dispersed Christian ecumenical community working for peace and social justice, rebuilding of community and the renewal of worship. 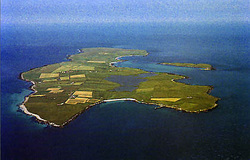 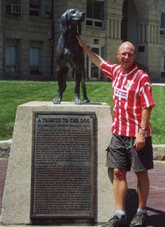